(St Ignace, MI) - A downstate man was arrested earlier this month for human trafficking after being spotted by Mackinac Bridge Authority workers.

According to WLUC-TV6, the 38-year old Comstock man was arrested on November 12th by the Kent County Sheriff’s Human Trafficking Task Force following an investigation dating back to October.

The task force investigation established the man had befriended a 16-year old Grand Rapids girl in a public area. She was then trafficked online. On November 16th, the task force learned that the teen was in the U.P. possibly in the company of the man and contacted Northern Michigan authorities. A Mackinac Bridge Authority worker saw the suspect driving and hiding a person under a blanket in the back seat. The Authority contacted local law enforcement and the vehicle was stopped after crossing the bridge.

The man is being charged with human trafficking, sexually abusive activity, possession of child abusive material and using a computer to commit a crime. He is expected to be arraigned in 63rd District court as early as today (Wed.) according to a Kent County Sheriff’s deputy. 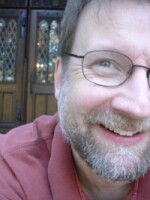